Have You Ever Asked Yourself…

What Fear Do you Believe?

A few years ago, after a move, I went to a new dentist closer to where I now live. I started asking him questions about how he deals with the fear that most people have in going to a dentist? He told me he does all he can do distract them from the worry of possible pain and that he understands how powerful the mind can be in managing pain. Then he started to share a story about two of his very young patients.They are a little girl 10 years old a little boy 8 years old and their parents are originally from Japan.

He proceeded to tell me that he met them when they come into his office for the first time and started talking to them like he does with most children. Telling them not be scared and telling them about the anesthesia and how well it works etc. To his awe struck surprise both said to him they have no fear and do not want anesthesia! He could not believe it. He confirmed this with their parents and then proceeded with working in their mouths.

The procedures were not teeth cleaning, but procedures that he cannot even imagine anyone let alone a child having without some sort of shot for the pain . He himself was wincing as he was working on them and kept checking in with them asking if they were ok. Not once did the children even winced . He was shocked . Afterwards, he asked how this was possible? They told him that they don’t have a thought or belief that going to dentist could hurt them in any way . That their parents had always told them that going to dentist would not hurt So they know that it is true … Ahh … the power of mind .

Ask Yourself : How much power do I give my fears(s)? Then every time you have that fear, remind yourself of this story and create a different story . 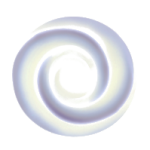 "The spiral is the symbol of our journey inward going from our outer world and connecting to the consciousness we hold within and of our spiral outward from deep within our inner selves as we connect to the knowledge of universal spirit – Atman."