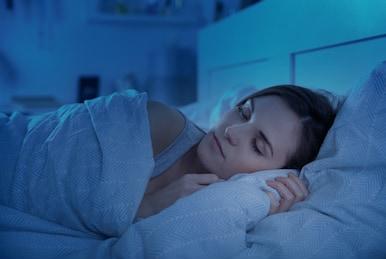 The Gift of Sleep

According to the National Heart, Lung and Blood Institute, some 70 million people in the United States have a sleep problem. About 40 million adults suffer from a chronic sleep disorder; an additional 20-30 million have intermittent sleep-related problems.

Sleep is important to brain health. If you do not get a good night’s sleep, you may feel some of the effects of next morning, such as lower energy levels, irritability and fatigue. According to the National Institute of Neurological Disorders and Stroke, most adults need between seven and eight hours of sleep each night, Getting good sleep during those hours has an impact on certain cognitive functions.

For centuries, scientists and philosophers have wondered why people sleep and how it affects the brain. Only recently have scientists shown that sleep is important for storing memories. When you are sleeping, your brain goes through a process called memory consolidation. During consolidation, information you learned during the day becomes long-term memory. Your quality of sleep can impact that process. Harvard Health Publications noted that individuals who slept after learning a task performed better in studies compared to individuals who did not sleep after learning. As a result, not getting enough sleep can have negative impact on your brain health. However getting too much sleep can also have a negative impact.

HealthDay News reported that in a study using data from over 15,000 women, they found too little (less than 5 hours) or too much (over 9 hours) sleep caused the participants’ brains to “age” by two years.

Further, a good night’s rest may literally clear your mind. Researchers showed for the first time that the space between brain cells may increase during sleep, allowing the brain to flush out toxins that build up during waking hours. These results suggest a new role for sleep in health and disease. The study was funded by the National Institute of Neurological Disorders and Stroke(NINDS), part of the NIH.

“Sleep changes the cellular structure of the brain. It appears to be a completely different state,” said Maiken Nedergaard, M.D., D.M.Sc., co-director of the Center for Translational Neuromedicine at the Univercity of Rochester Medical Center in New York, and a leader of the study.

In this study Dr. Nedergaard and her colleagoeus unexpectedly found that sleep may be also be the period when the brain cleanses itself of toxic molecules. Their results, published in science, show that during sleep a plumbing system called the glymphatic system may open, letting fluid flow rapidly through the brain. Dr. Nedergaard’s lab recently discovered the glymphatic system helps control the flow of cerebrospinal fluid (CSF), a clear liquid surrounding the brain and spinal cord. The results may also highlight the importance of sleep. “We need sleep. It cleans up the brain,” said Dr. Nedergaard.

"The spiral is the symbol of our journey inward going from our outer world and connecting to the consciousness we hold within and of our spiral outward from deep within our inner selves as we connect to the knowledge of universal spirit – Atman."